Roleplaying games are tools for friends to come together and create stories together. End of story.

That seems like a simple statement, nearly banal, but it is not.

As a designer of such games, I’m not really interested in telling you what kind of stories you should tell. I’m never going to hire a band of bad-asses to kick down your door and tell you that you’re playing wrong. It’s too expensive, too much trouble, and is just damn stupid. I will say that consent is essential. And story concent is relatively easy with a group of friends, but be on your best behavior when playing with strangers. But in the end, do you want hardcore horror? Go for it. You want to play romantic yarns? More power to you. You want to make every creature a fucking pony? I’ll stay calm. I promise, but I’ll still think it’s a little weird. 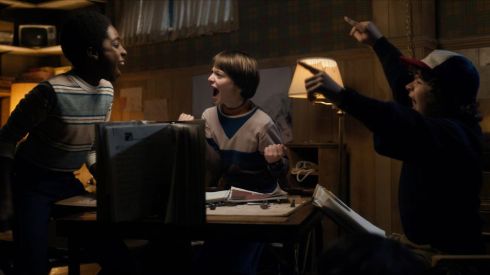 When you are having fun, who cares who thinks you are doing it the right or the wrong way? Screw Canon!

No matter how you want to play, as a roleplaying game designer, it’s up to me to give you the tools to do it. And then I’ll share the kind of stories I like, and maybe you will love them too. Roleplaying systems should—by their very nature-nurture creativity.

This is one of my chief goals in creating Delve. I just want to give you tools to create remarkable stories. But you do have to start with at least some underlying story assumptions.

In the heady days of D&D 3rd Edition, we called this the default setting. In a very general way, Greyhawk was the default setting of 3rd Edition. But this was not the Greyhawk of CanonFire! and all the Greyhawk mega-geeks that argue about the original source material written by Gary Gygax (via TSR or via his New Infinities novels) and a few select writers. It was a repurposed Greyhawk to be somewhat generic and yielding. Basically, they wanted to mine some of the proper names and things they liked without delving too deep into the history of the setting. In many ways, that is precisely what 5e is doing with the Forgotten Realms.

There’s a particular brilliance to that. While you’ll always have setting uber-fans, who like to look at a fantasy world as something akin to observing the works of others creative brains through a magical telescope and writing notes on what they see, most of us realize that setting is just a backdrop made for us to tell our own stories. Some folks like to talk about canon, but canon in fantasy is just as useless as it is for religion. It’s just made-up shit. And while you can pretend that the older made-up shit is somehow better, purer, or whatever, it’s only older made-up shit. The dust and cobwebs don’t make it sing. For most gamers, the setting is a framing mechanism—a way to create the semblance of a shared fantasy language.

Personally, I really liked how Golarion was built. Realizing that uber-fans really dig deep histories, and will fragment at the drop of a hat, Golarion was split into several setting-countries. All interacted in some way, but each with its own fantasy theme. You could find whatever flavor of fantasy somewhere on the world, and the uber fans could argue about how they all interact.

When turning my thoughts to how I wanted Delve and setting to interact, I first started with the Grey Coast. This rocky shore of half-abandoned cities with hints of a long retreating empire, strange and gritty local politics along a foggy frontier, it became my love letter to both the Greyhawk setting and the Pacific Northwest. It’s been fun to create and explore, but I soon realized that I’m an old fella, who likes all sorts of aging tropes and conceits that other folks will easily dismiss as, “not my thing.” Like most human beings, my tastes solidified during my formative teen years.  Those are the days that your “self” starts to emerge entirely shaped by those first experiences.

But, I can’t just make a game for me. I needed to figure out how Delve could exist as a system, mutable, limber, and still connected. How could I reimagine setting that would serve both purposes—those who just want to create within a framework and those who wanted to live, indulge in, and daydream about a setting?

That’s when the multiverse hit me.

What if all stories, no matter how small or large—no matter how simple or complex—lived in the same multiverse? This could be where the Grey Coast and that strange place where only ponies lived could inhabit the same metaspace and somehow never touch unless you wanted them too. It’s how we could all talk the same language and still develop different dialects.

But we can talk more about the multiverse next week…

Before I leave you each week, I will have this short little bit at the end of the blog to update you on where the Delve project is and where it is going. As many of you know—and a good number of you have taken advantage of—I’ve started a Patreon for Delve. You can find it here and always by the link in the blog header.

There is a Lurker tier for $1 a month that grants you access to the Friday Sneak Peeks. What are those? Well, every Friday I share a bit of the rules: a talent, a spell, a magic item, or some little bit of the game that you can take a look at and comment on if you wish. And you get access to that a week earlier than everyone else. That post opens up on the Patreon site for everyone else a week later. So, if for some reason you can’t come over and join us on at least the lurker tier, you can still check it out—you’ll just have to wait a week.

This starts today. And launches about an hour after this blog goes up. So if you are super curious, join the Patreon now! If you are only a little curious, check it out in a week. This week I share a spell–lightning lash.

The Delver tier starts at $5 a month. For those of you who jump on at that level, you’ll get early access to more. Not only will you gain access to the Friday Sneak Peek, after next week’s Story (Part 2) blog, those folks gain access to further blogs a week in advance. That will start with Tactics (Part 1) and go on every week no matter how many blogs I write. Delvers also gain other bits of content whenever I have time and inclination and have prime access to an exclusive Discord channel to ask me questions about the game, my background, and experiences in roleplaying game design, questions about their own design ambitions and just about anything else they want. But don’t worry. I’ll never share nude pics.

Down the line, I’ll share voice chats and inside peeks to my work on the game, and I’m talking with some friends about maybe doing a video blog once a month or so.

I should also point out that the Patreon recently featured its first goal. If we reach 100 patrons of any level or before August 31st, 2019, all Delvers will get the most current draft of “Chapter 1: Start” early. This chapter gives the basic rules for the game. If we reach this goal, the Delvers will get to see it on or around September 5th, 2019. So if you want to crack the whip, that’s your chance to do it.

All of that said, thanks to all of you who have thrown in your support for this project, be it financial or with kind words. Both are greatly appreciated.